In 1900, in Guangxu, the governor of Fujian Province set up a machine casting copper coin factory in Fujian Province. It was named Fujian copper yuan Bureau based on the original Fujian Provincial Bureau of silver and yuan. Later, three Mint factories were established to cast such coins. At the beginning, the issued Fujian official bureau made Guangxu Yuanbao with only three denominations, namely, when five, ten and twenty. 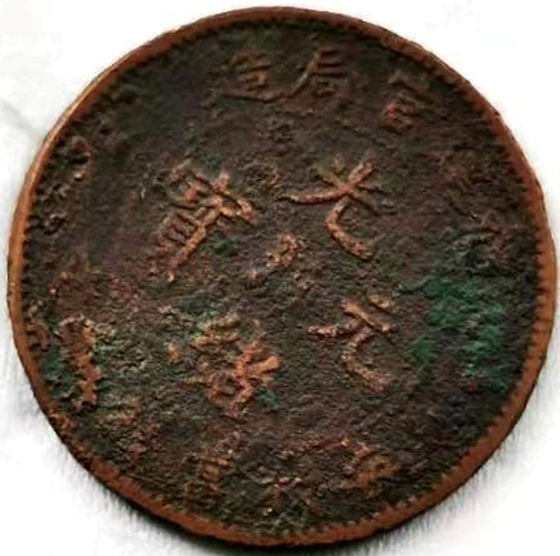 Each piece of Guangxu Yuanbao was made by Fujian government bureau as Qian Shiwen. It was cast in 1901 in the 27th year of Guangxu reign. It was not until 1912 that the casting stopped completely. Fujian is one of the provinces which started casting copper coins earlier after Guangdong Provincial Bureau. It not only adopted the same advanced equipment, technology and coin pattern as Guangdong, but also had more characteristics. It is very rare that each piece of Guangxu Yuanbao made by Fujian government bureau is made of red copper, because most of Guangxu Yuanbao is made of silver, and only a few provinces use copper. This is also related to local raw materials and finance. 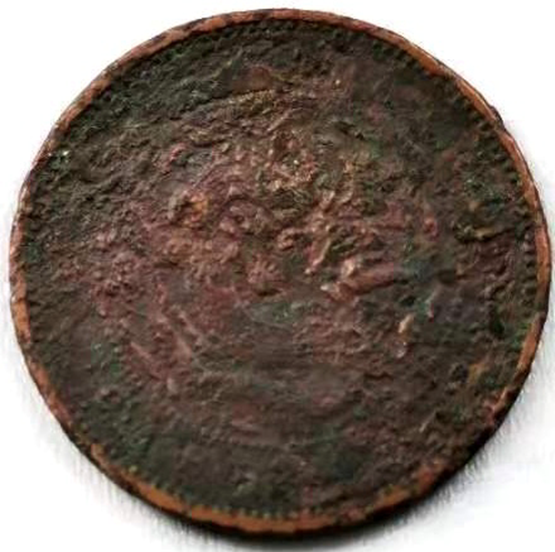 There are ten characters of each coin made by Fujian government bureau. On the front of the coin, the words "Guangxu Yuanbao" in Chinese and Manchu are engraved inside the bead ring. Five characters of "made by Fujian official bureau" are cast on the top of the bead circle, and the six characters of "each coin of Dangqian ten Wen" are engraved on the bottom of the bead circle. The characters are dignified and neat, and the strokes are vigorous and powerful. The dragon on the back of the coin is in the middle. The dragon pattern is extremely exquisite. The Dragon scales are delicate and beautiful. The lines are sharp and the texture is clear and smooth. The sense of hierarchy is strong. It is like a dragon flying in the sky, vivid and impressive; the outer ring of the dragon pattern is in English, and the two sides are decorated with small flowers, which are small and lovely.

Each piece of Guangxu Yuanbao, made by Fujian government bureau, is made of red copper, and its version is a long cloud version in English. Its features are: Manchu Baofu in the center of the front, four Chinese characters in the periphery of Guangxu Yuanbao, made by Fujian government bureau on the outer edge of the bead circle, each coin of the lower edge is Dangqian Shiwen, the back bead circle has seven tails sitting on the dragon, and the upper and lower English letters are more than two letters es.

In 1900, in Guangxu, the governor of Fujian Province established a mechanism copper coin factory in the former Bureau of silver yuan of Fujian Province, named Fujian copper yuan Bureau. Three Mint factories were successively established. The copper yuan was officially issued the following year. The quality of copper yuan issued was good and the layout was also large. The positive layout of copper yuan issued in the initial casting was divided into three denominations, each of which was five, ten for ten, and twenty for 20 documents , the back version is divided into several sections, including ten five clouds sitting dragon, sixteen cloud sitting dragon, 19 cloud sitting dragon, 20 cloud sitting dragon, wrong English letter, size English letter, English plural and other sections. Another red brass coin was combined with the surface, and then the copper yuan of minguan was issued around Guangxu Yuanbao. On the front, there were different forms, such as the high and low min pass of the minguan, and the reverse version was divided into two types. The large English version of the Pearl circle was sitting in dragon and the small English sitting dragon in the bead circle. In 1906, in 1906, Fujian Province was invited to return to the minguan factory of Zhejiang River, and renamed as the Duzhi minguan mint.