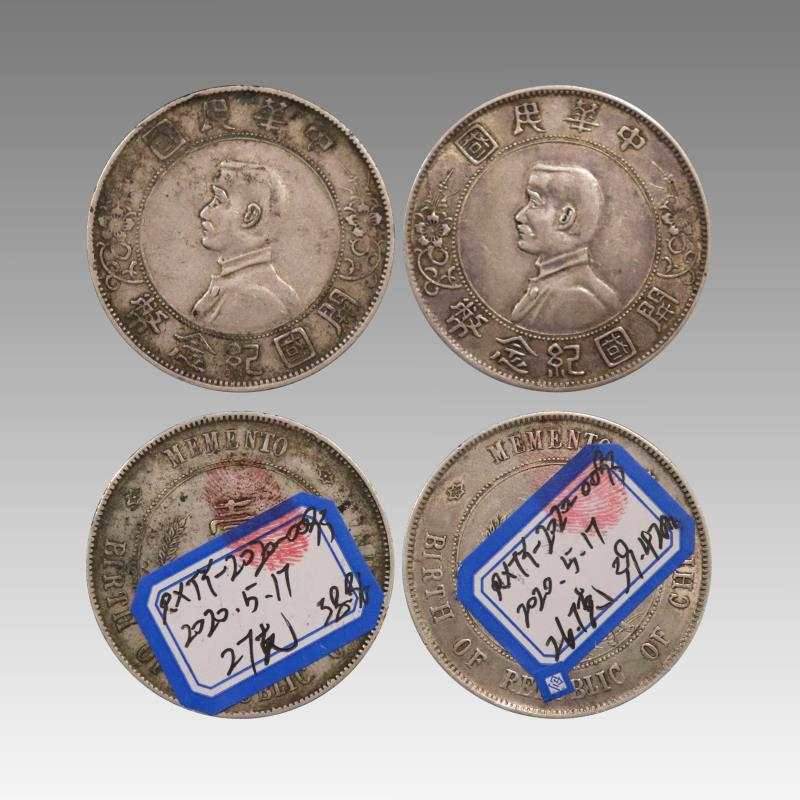 The commemorative coins of Sun Yat Sen's founding can be divided into several versions, among which the active ones in the market belong to the two versions of the upper six stars and the lower five stars. 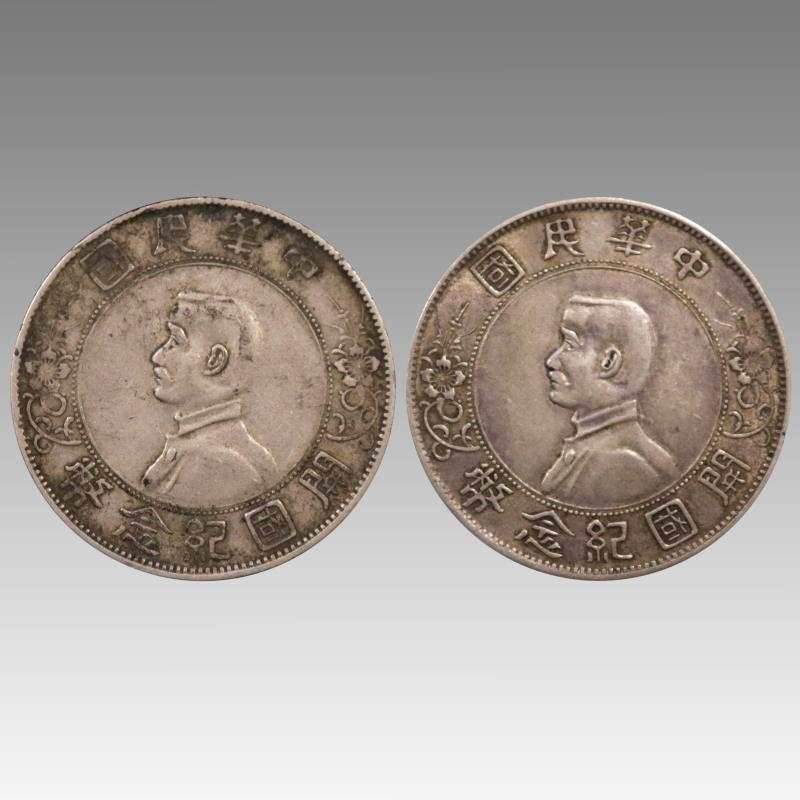 Our company has the honor to collect this group of founding Commemorative Coins (two pieces), with a total weight of 53.7g and a diameter of 38.96mm and 39.42mm respectively. This group of coins is natural in appearance, well preserved and has high collection value.